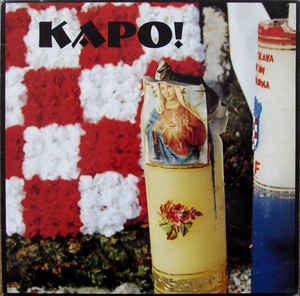 Kapo!
€8.00
Go to the store page
Audio is played partially for security reasons

The soundtrack to the funeral of New Europa imprisoned by its past, an idea originally inspired by Douglas P.‘s wartime experiences in Croatia between 1991-95. This 1996 collaboration with Richard Leviathan (Strength Through Joy/Ostara) continues in a similar musical vein first seen on the Scorpion Wind project released the same year.

0 items
Scroll back to top
DEATH IN JUNE - OFFICIAL DOWNLOADS